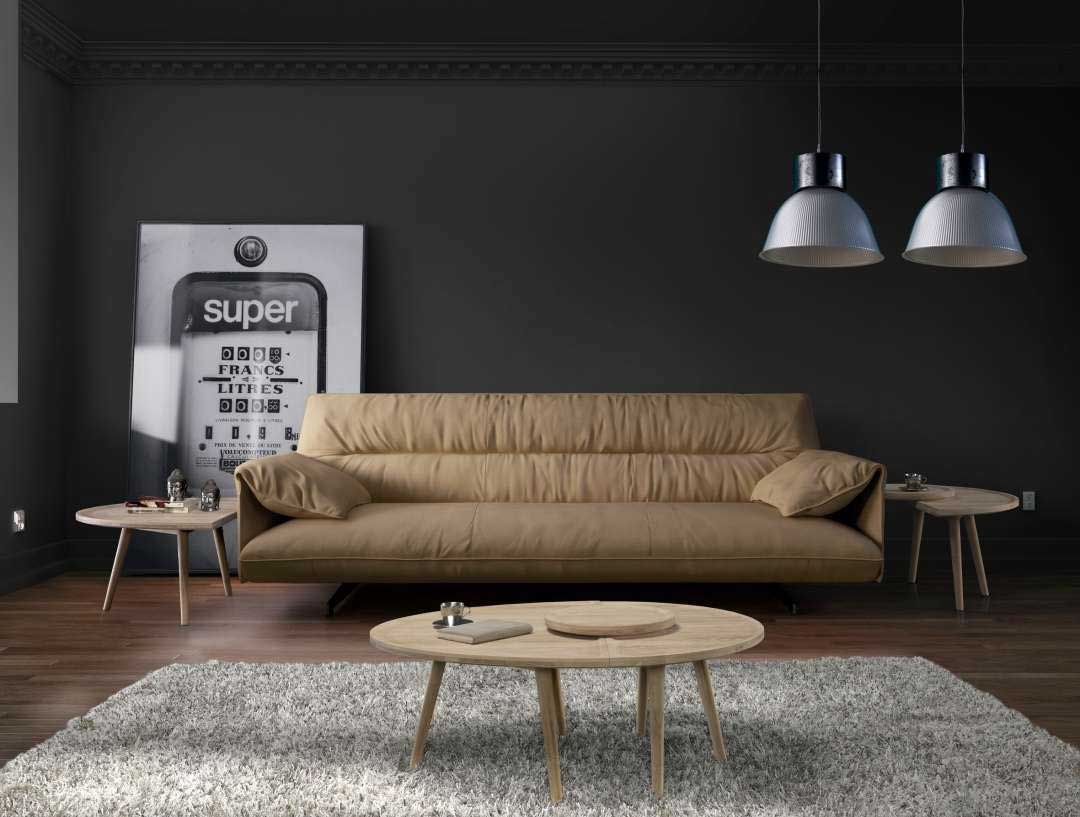 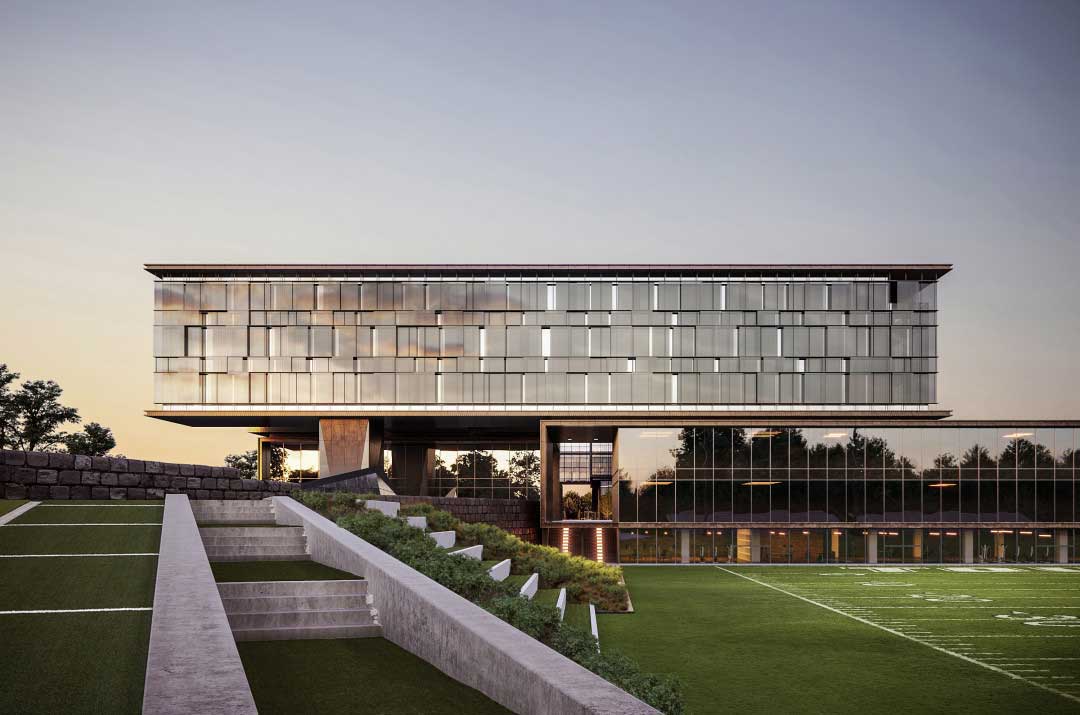 Why is Architectural Visualization so Important for Exterior Design

The moment that architecture adapted to the digital world is the moment when the whole industry changed forever. From humble beginnings and overly complicated architecture programs to the software so streamlined that anyone can attempt to create a building, architecture's digitalization has been very productive.

One of the more appealing aspects of the digital revolution in terms of architecture is the added visualization. Today, there isn't a single architect that doesn't use this feature at least slightly, as it's completely changed the way that architects deal with their designs.

What is Architectural Visualization?

Architectural visualization can mean many things. Mostly, it means presenting an architectural project in a visual manner where someone who isn't an architect could easily understand it. It means making a 3D or 2D still building and putting it in a simulated environment, thus presenting it naturally.

Not everyone is well versed with numbers, schematics, and blueprints – but everyone can see, understand, and appreciate a building, and this is precisely why architectural visualization is a cornerstone of exterior design.

That is especially important if you're looking to pitch your project to potential customers, investors, or marketers. More often than not, architectural visualization means software rendering of 2D images rather than full-on 3D simulations.

Who Does Architectural Visualization Do?

Think of architectural visualization as a middle ground for communication between the commercial prospect and the corporate designer. It's a way for these two parties to connect, as they can both understand and appreciate a slick, simple, and realistic render of a building or other exterior design.

Visualizations let Everyone See The Exterior in Real-Time.

One of the most critical parts of visualization is that it allows people to present their work. It will enable the client and the designer to observe the visualization in real-time, and if it's a 3D render, change the viewpoint.

That is crucial whenever you're pitching a project, as it allows everyone and anyone to understand it. Viewing the exterior in real-time, when set in a simulated real-life environment, allows people to visualize it in real life.

Architectural visualization supplements the imagination of people who are ultimately responsible for recreating your design in the real world.

If you're an architect, you're probably well aware of the importance of visual presentations. Humans themselves are highly visual creatures, and we've relied on our eyes for ages to determine whether something is appealing or not.

Presenting the same building in numbers and lines and presenting it as a full-fledged render will have two drastically different effects on the person watching it. Even if the person you're presenting it to is a fellow industry professional, they'll probably prefer to see your building for what it is.

The presentation is best expressed visually, where the observer and the presenter can connect over the project's mutual understanding.

Another one of the most notable visual features is that it allows you to bring your design to life. Through this practice, you can put your building in a simulated environment, which will give you an entirely new perspective on the matter and allow you to observe it from all angles, all lighting settings, and in a realistic manner.

That will seriously cut down on the time you have to spend redesigning your building, as it points out all of the flaws with your design basically on its own. Architecture is an art form, and exterior design is never perfect off the bat. It's an intricate process of fixing, redesigning, and testing your project out to make sure it fits the bill.

Architectural visualization isn't reserved for the last stages of the design process. Its implementations in the design itself make it so the designers can discover essential design flaws early on and work around them to minimize later involvement. By doing this, you can:

Use Them For Marketing Exterior Designs.

One of the most appealing aspects of architectural visualization is its potential to bring marketing benefits to the table. A building is only as good as its ability to be built in a real-life setting, and an architect is only as prosperous as his or her turnover ratio.

If you're looking to maximize both of these, you'll need to market your exterior designs, and the best way to do so is to create architectural visualizations of your projects.

By creating gorgeous, 2D stills of your exterior design, you can efficiently communicate your building's look, feel, and functionality to almost all demographics – from future homeowners to investors.

Of course, the way that you create your architectural visualization render will be far different depending on who you're presenting it to, and that's the beauty of visual presentation.

Marketing towards investors and marketing towards construction companies will ultimately be different. They want to see different things, notice different aspects of your design, and require the exterior design in a different light – and through careful architectural visualization, you can make your design appeal precisely to their needs and wants.

They can Display The Surrounding Neighborhood Around the Exterior.

One of the best architectural visualization features is that they don't necessarily have to display your exterior design only. They can perfectly present your design's surrounding area, which will give it an additional feeling of realism. In short, it will paint the picture of your design in a real-life environment – making it appealing to virtually anyone who is observing.

In any art form, attention to detail makes up the bulk of your design. While the exterior design is essential, the visualization should highlight it only. Presenting the design alone puts it in danger of going down the uncanny valley.

Painting the surrounding neighborhood will give your exterior design a purpose, both in your visualization and the design itself – making it that much more appealing to prospects.

Everyone Involved in the Project can Understand it Better.

Architects aren't the only people involved in architecture. That's because the world of architecture usually consists of a lot more than simply creating the design itself. It entails marketing, presenting, pitching, and selling the design off.

In most cases, this is done by a team rather than an individual. Suppose you're a part of an architecture company, and you have a whole team working on your project. In that case, architectural visualization is the best way to help others get the gist of your collective project.

Everyone on the team has a particular skill that brings a benefit to the project overall. The best way to utilize everyone involved in the project is to present the project itself to understand it to its full extent.

Ensuring that everyone on the team is involved with the project will also do wonders for team building. If everyone understands all of the features, details, and subtle cues a project possesses, it establishes a common ground for your team. That is essential, as having everyone involved in a project is the first step to efficient teamwork.

Mistakes happen. Those who work are bound to make mistakes at one point or the other, but it's how you deal with these mistakes that ultimately makes or breaks a project.

Through the use of architectural visualization, you can observe your project frequently and in its full glory. Not only will this highlight all of the pitfalls of your design, but it will also give you a good perspective on what you can do to make your project that much better.

It's unlikely that you'll catch everything by starting at the project from a designer's perspective, so you'll need to switch it up if you want to be as efficient as possible.

It has an Immersive Effect.

Immersion is everything if you're looking to work in a visual medium such as exterior design. Whether you're working on the next best building in town or on someone's home – you'll want to ensure that the client is as immersed in your design as possible.

Someone who is creating art and someone who is viewing it is going to have drastically different perceptions of the art itself.

While the artist will pick up virtually anything and everything in the initial design itself, the common observer won't. That is why, as an artist, you'll have to make sure that every single smidge, even the smallest possible detail, is so loud, so eccentric, and so apparent – it's virtually impossible to miss.

Adding too many details to your design won't be a good thing, as that's a sure way to overwhelm your observer. But, subtle cues in architectural visualization are the key to immersion and will undoubtedly change how people view your project. It will also give you essential tools to manipulate your design in such a way that you only present the things you want.

Stills, 2D renders, or fully rendered 3D environments; what ties all of these together is that they can look stunning if done correctly and with enough precision. The beauty of playing with architectural visualization is that you have all of the freedom in the world to experiment.

Through experimentation with lighting, angles, and details – you can turn your relatively plain design into something truly extraordinary. Architecture is nothing but an art form, and architectural visualization is the key that brings it to life.

Through visualization, you can make something appear far better than it is. When creating a 2D render, you're in control of everything, which means you are in charge of presenting how you think it should look.

Remember, your client will have a completely different perspective and viewpoint when compared to you, so make sure to immerse yourself in their shoes when you're creating your visualization. That will give you key points to integrate into your renders so that you can amaze virtually anyone who gazes upon them.

Architecture has been around for almost as long as civilization itself. Since people started to live in a society, there has been a need for housing. The means of visualizing architecture have changed drastically over the ages, and today, they’re more adaptable, customizable, and presentable than ever.

With architecture visualization software being available on almost every corner of the internet, it’s just a matter of time before the process becomes so streamlined that virtually anyone could do it. Every architect can benefit from utilizing this practice to present, market, and substantiate their work – and the future will only streamline it further.