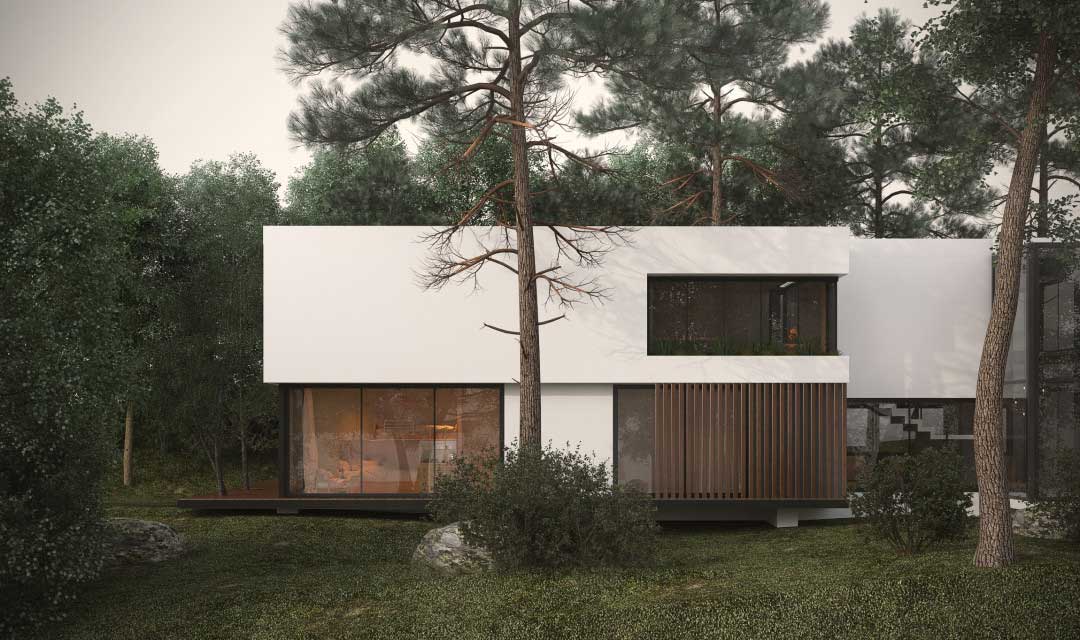 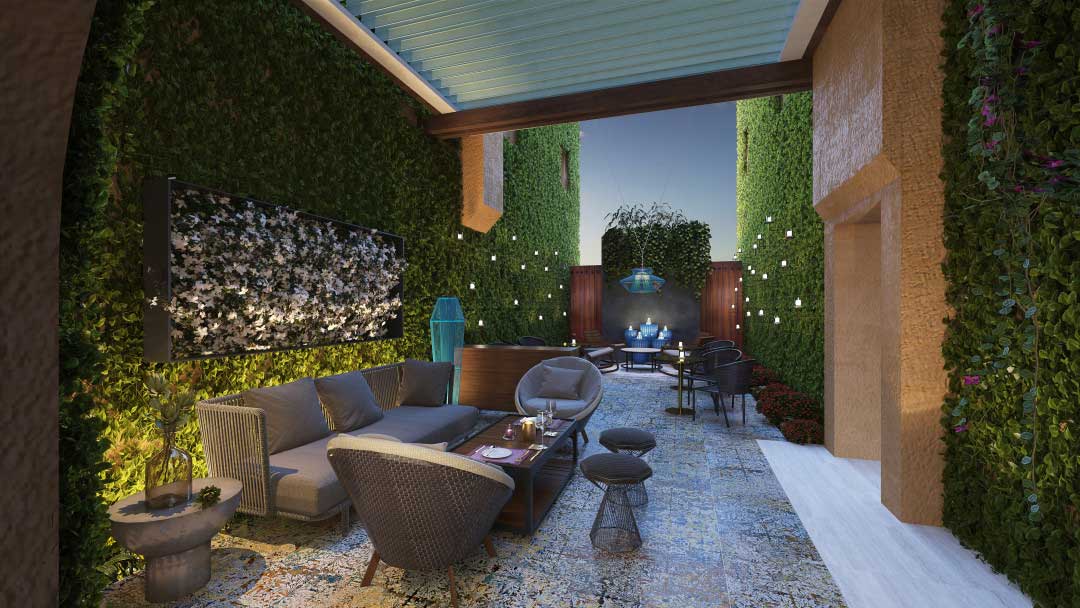 By their nature, humans have always leaned towards storytelling. From the moment communication was established, humans have been trying to record history through storytelling, to entertain themselves and educate the youth by passing the knowledge from one generation to another.

This ability to create a whole line of events happening in a separate time and space by using nothing more than our imagination was what humans always found to be unique and fascinating. As we evolved, we got literature, theater, music, and painting.

Our storytelling really improved and evolved with the focus now being on realism. A virtual experience or world has to be memorable, engaging, and immersive – it has to look and feel real.

The ancient Greeks were the first to experiment with 3D visual art, and their goal was to create visual illusions that would trick the mind into believing that what the beholder saw was real.

Visual art is all about recreating bits of reality, and the expansion of 3D visual art took such efforts to a whole new level.

With the invention of the very first virtual reality machine, things really took off. This machine was able to give a user a full and almost real virtual experience of the world.

Since we live in the age of technological progress, it was computer software and graphics that empowered the 3D artists to create amazing virtual worlds where users can experience everything like they do in the real world.

In fact, it's the user interaction that made 3D art go to great lengths to create such immersive virtual worlds that would provide a real-life experience to the user. This is the very foundation of modern VR, as well as architecture.

The more technology progressed, the more 3D artists pursued realism in their endeavors to build a perfect virtual world.

Since users demand real-world experiences, 3D artists realized that recreating real life in a virtual environment is the only way to provide a visual experience immersive enough to make a user believe it's real. But immersive graphics alone are just one part of realism.

To create a true virtual world, you need something more than just an illusion, a visual representation of a particular physical space or place.

You need objects, things, and people to breathe life into that illusion and make it come alive.

It wasn't academic experiments that took the virtual world to a new level – it was the video game industry.

Through its constant evolution, this industry practically gave birth to virtual reality. Game designers made it happen by shifting focus to experience and content, rather than the physical aspect.

That's how virtual worlds became so immersive. To make something look immersive, you need both art and graphics. So, when game designers introduced whole communities into their newly created virtual worlds of video games, it was the next step in the evolution.

These virtual communities, along with the experience and content, became critical components of creating fully immersive games.

The emergence of online multiplayer modes and role-playing

With the emergence of multiplayer feature in games, modern virtual worlds acquired a social aspect that was much needed to make them more real than ever before.

This evolution continued with role-playing and large online communities. People enjoyed these advanced games so much because they gave the player a sense of becoming a hero in a virtual world, a parallel reality where there are no rules except for those you make yourself.

Seeing how immersive these games have become, 3D artists put their minds to recreating that effect, only they placed their emphasis on simulating events of real life in a virtual environment. The users can navigate that environment and see with their own eyes what a building, a house, or a room will look and feel like.

It was this point of user interaction combined with virtual reality that helped 3D artists create the most immersive virtual worlds.

Of course, there's a lot more to a virtual world than a game, but there are some mutual elements that both video games and virtual worlds share: social interaction, economics, role-playing, and immersive environments.

What makes a virtual world so immersive?

To make a virtual world immersive and looking like the real world, it needs to:

● Recreate or mimic certain aspects of reality, regardless of how fantastic or futuristic they are, as this is what makes it more believable.

● Allow any individual to represent their personal identities when interacting.

● Allow those representations of personal identities to communicate and interact, enabling the growth of communities and societies, just like in the real world.

● Introduce some forms of interaction known to exist in the real world, like the economy, and so on.

● Allow the users to inhabit and explore the virtual habitat.

● Be persistent with the attributes to make sure the environment looks and feels real. By creating a lasting effect, 3D artists can make their virtual worlds more real by adding changes and events that people can interact with and go to.

By incorporating all these characteristics and elements into their virtual reality, 3D artists are able to provide immersive and rich 3D experiences that are believable enough to feel real. This is one of the guiding principles that all 3D artists follow when they approach creating virtual worlds.

While technology is still at the core of building any hyper-realistic 3D world, it's the aesthetics and style that make a real difference when creating space for virtual users.

The important thing here is the aspect of art. The more artistic a virtual world looks like, the more immersive and memorable of an experience it provides.

Therefore, experimenting with different forms and styles of art is perhaps the key to creating virtual worlds that will look as realistic as possible.

When we add the fact that 3D artists have all the incentive, tools and freedom they need, it's absolutely safe to say that they can use these means to build their own virtual worlds and shape them according to the wants, needs, and desires of clients and virtual users.

It all comes down to the experience

3D artists found an effective way to trap the audience in an immersive experience of a virtual world by dramatically reconfiguring the physical environment.

That means that virtual reality is all about providing the audience with the most believable experience that will make them feel like they exist in a virtual world and are allowed to interact openly with any available element of that world.

In a way, virtual reality became a tool that 3D artists use to not only create a virtual world that the audience can experience but also enjoy. That's how they've included the feeling of immersion in their 3D virtual art.

By improving the experience and the very quality of the content they provide, 3D artists practically revolutionized the way people experience hyper-realistic worlds.

While the level of immersion still depends on CGI, the quality of CGI content will continue to evolve with technology. It's safe to say that it's absolutely possible to expect great advancements in virtual reality experiences.

3D artists will create virtual worlds so realistic that the viewers will feel and believe that they are real. Virtual reality itself will become a form of art that 3D artists will use to represent their artistic visions and wow the audience by providing the most realistic and immersive virtual experiences.

Virtual reality as a form of art

Since the evolution of technology is more or less an endless process, there are no limits as to what virtual reality can become. At the moment, 3D artists are fully focused on creating virtual worlds so immersive and realistic that people will not only want to experience them but live in them.

If you want a world where the sun never sets, no problem, you got it. Do you like flowers? Here's an entire world covered in flowers that you can dive into. With such endless possibilities, who knows what will happen in the future.

We are at the verge of an immersive content revolution, and this revolution will shape an entirely new form of storytelling in virtual environments and real-time. The immersive content will become so advanced that it will overpower the visual counterpart.