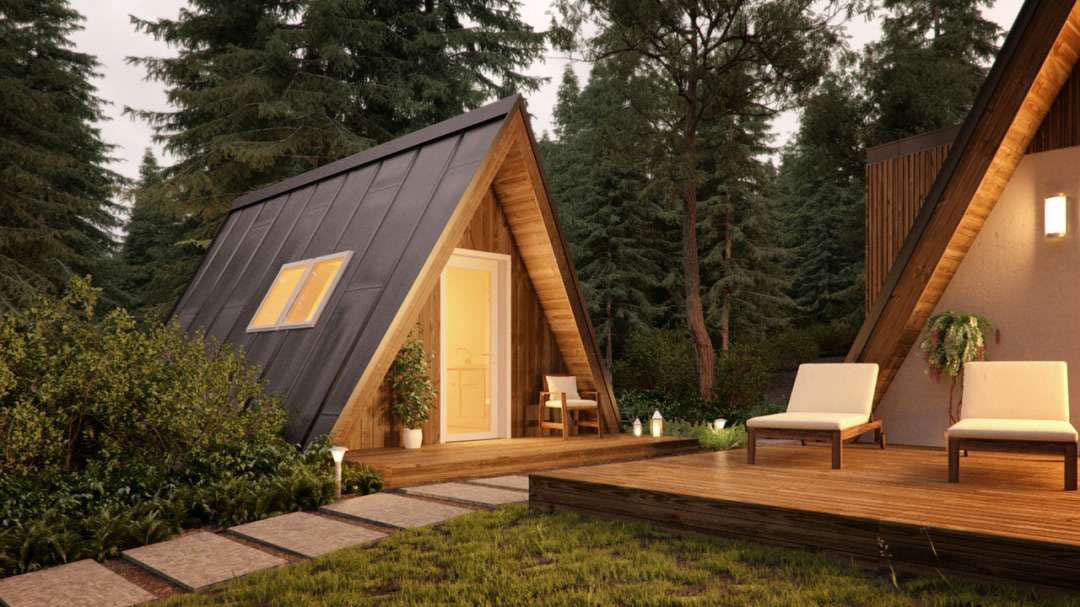 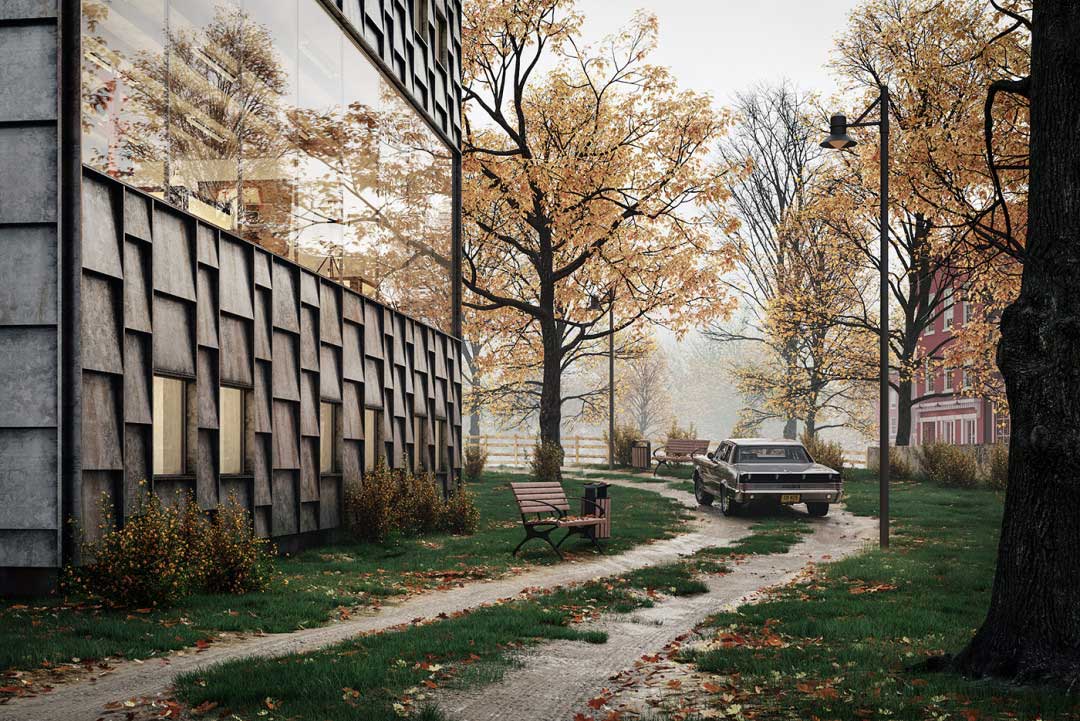 The Big Apple has been the architectural center of the world for quite some time. It has been extremely renowned for its gorgeous buildings, mixed cultures, and as being one of the most important metropolises of the world.

If we were to list all of the landmarks of the world located in New York, this article would wind up being longer than the actual dictionary. The sheer amount of prominent buildings that reside within the borders of this magnificent city is astonishing. You can, of course, mention the most popular ones, which we will later in the article, but you can’t leave out the architects.

Revolutionary architects have resided within this city, and it’s right here that they’ve made their bones. Efforts to include New York architecture around the world have been massive, and as a result, every single metropolis of the modern world has a little bit of New York in them.

Now, there are many different essential cities in the world of architecture. The most prominent rising star in the past couple of years has been Dubai, with its significant influence on the trade. But New York is a giant that has stood far longer than Dubai and will remain the capital of the world long after the clout around Dubai goes away.

This exact reason has inspired us to list all of the reasons why New York is the architectural center of the modern world. So, without further ado, let’s get into our list.

New York is Home to Some Significant Buildings and Landmarks

●        The Trump and Rockefeller buildings

All of these buildings are both popular and significant to the worldwide trade of architecture. Some of these landmarks have stood for over a century. They remain some of the most famous buildings in the world.

Both the Chrysler Tower and the Empire State Building were the tallest buildings in the world at some point, and have both received a virtually unmatched myriad of awards. All of the gorgeous buildings in the city of New York are significant for some reason. Some have extreme historical and traditional value, while others have held records of some sort at some point.

New York is also the home of Wall Street. Not everyone alive is a big fan of wall street, but what we must say is that it’s home to some marvels of modern architecture. The sheer amount of business conducted in this street is staggering, and all of it is housed within some awe-inspiring buildings.

New York holds to the fact that all modern design has a place of origin and a place of implementation. Lucky for us, a lot of exciting plans both originate and reside within the bounds of this thriving metropolis.

Unlike the gorgeous buildings like Empire State and the amazing monolithic structures like Lady Liberty, the big apple is home to places like the Madison Square Garden. Perhaps the most popular sports arena around the world, the MSG is home to a myriad of events, concerts, and sports teams.

This city is thriving, with constant love, activity, and impressive architectural achievements. Who knows what architectural future awaits us in New York?

A Lot of Notable Architects Trace Their Roots to New York

New York was called home by several famous individuals. H.P. Lovecraft, Martha Stuart, Bill Clinton, and a lot of other people have traced their origins back to the magnificent city that the Big Apple most certainly is. But, did you know that a lot of essential and notable architects have traced their roots to this beautiful city?

Well, you’d be right in that assumption. Some of the most influential architects of modern times have been in NY, either by residing in it or operating in it. New York is, was, and forever will be a metropolis that attracts gorgeous architectural projects from ambitious architects.

Some of the most notable architects from New York are:

All of these architects have changed the field in one way or the other. Architects, like the famous Frank Lloyd Wright, have created essential and inspiring landmarks in the hundreds. On the other hand, we have Amale Andros and Phyllis Lambert, who have done their part in establishing female popularity in the field.

Sexism is one of the most significant problems that modern society faces, and these two stunning ladies have done well beyond their efforts to erase it from the field of architecture. Some of the most famous architects in the world right now are women, and they owe at least a little bit to these pioneering ladies.

His influence can be seen all around the world to this day, and his ideas continue to improve, surviving this absolute goliath of architectural art. Whenever you see a building that has a gorgeous, impressive glass facade, you can thank Phillip Johnson. His work, his trade, and his influence survive this architect, and most of it resides within the borders of the Big Apple.

New York is still home to some of the best architects and architecture firms around the world. A lot of attention has been placed on the Middle East. But, the only city rivaling this region is New York. You’re still going to see a lot of New York-based architects receiving a bunch of awards for their efforts.

Throughout this text, we’ve done our best to represent New York in a realistic light. All of the architectural achievements that were made in this city are simply remarkable, and they show no sign of stopping.

What sets New York apart from all of her metropolises is the consistency and relevancy it has provided throughout the city's long life. The city of New York is home to a lot of cult buildings and structures, such as the Brooklyn Bridge, Lady Liberty, One World Trade Center.

All of these buildings are based in New York, and they have held extreme significance throughout the ages. You could say that New York is home to the traditional Americana style, which it is. It’s home to a lot of new buildings like the awe-inspiring Oculus, which has been reported on numerous times in the media.

When you see a gorgeous new building, a beautiful new mall, or a state of the art airport, you can marvel at it, but you’ll most likely have no idea where it came from. When you see something that is constructed in New York, you’re instantly washed over with a sense of familiarity, which is the main appeal of this buzzing and beautiful city.

While there might be quite a lot of things that New York-based architects have achieved in the past, such as pioneering numerous styles, creating remarkable buildings, and breaking multiple records, the future is virtually infinite for this city.

The future of the New York landscape might change quite a lot when the buildings themselves are concerned, but nothing is going to take the charm, the feel, and the inspiration that the existing buildings provide. New York is one of the few cities that is instantly recognizable in all aspects of life. If you’re looking for a cheap slice of pizza, a decadent colossal building, or a place with unrivaled historical significance, you’re looking for a slice of New York.

New York might not be the capital of the USA, but it’s the most popular city. Since the USA is the most influential country in the world, we don’t see the influence that New York has on global architecture art going away anytime soon.

6 Differences Between a Regular Architect and a 3D Artist
The Anatomy of a 3D Building Rendering
What Constitutes a Perfect Architectural Render?
5 Online Resources for Free Rendering Materials
Step by Step Guide for Creating Realistic 3D Renders
The Evolution of 3D Artists and Their Work
The Bright Future of 3D Visualization in Architecture
3D Visualization Software: The Features, Capabilities, and UX in Lumion 10
11 Architectural Rendering Blogs Every Professional Should Frequent
Rendering Software Changes Twinmotion Users Should Look Forward To
The Best Free 3D Rendering Software
Rendering Software - Why it is important to choose the right one
10 Most Common Problems That Architects Face When Handling Projects
40 Spot-on 3D Artists You Should Follow on Behance
The Importance of Architectural Visualization
Interior Design of the Modern Office: What Changed in the 21st Century
© 2014-2020 Easy Render GmbH
Contact
Terms
Privacy
Cookies